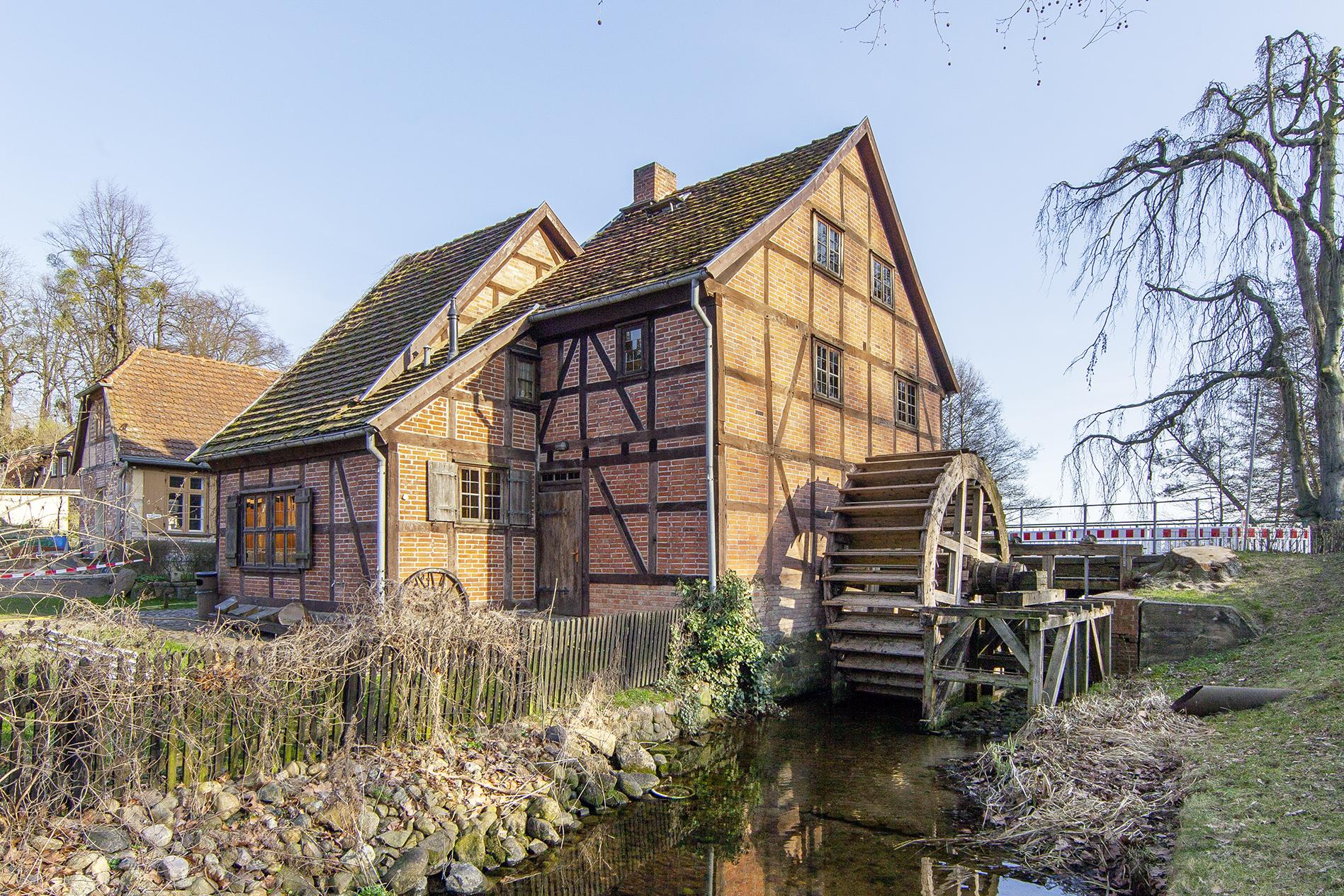 This complex of buildings was once planned as a powder mill, but first functioned as a bark mill associated with a tannery, then as a groat mill and finally as a grinding mill. Among other things it manufactured fittings for the castles of Ludwigslust and Schwerin.

After 1862 the mill was sometimes used as for spinning wool. It became dilapidated and operations ceased in 1904. Since 1983 the building has been cared for again and is now a heritage centre where the reconstructed technology of the 19th century can be experienced.