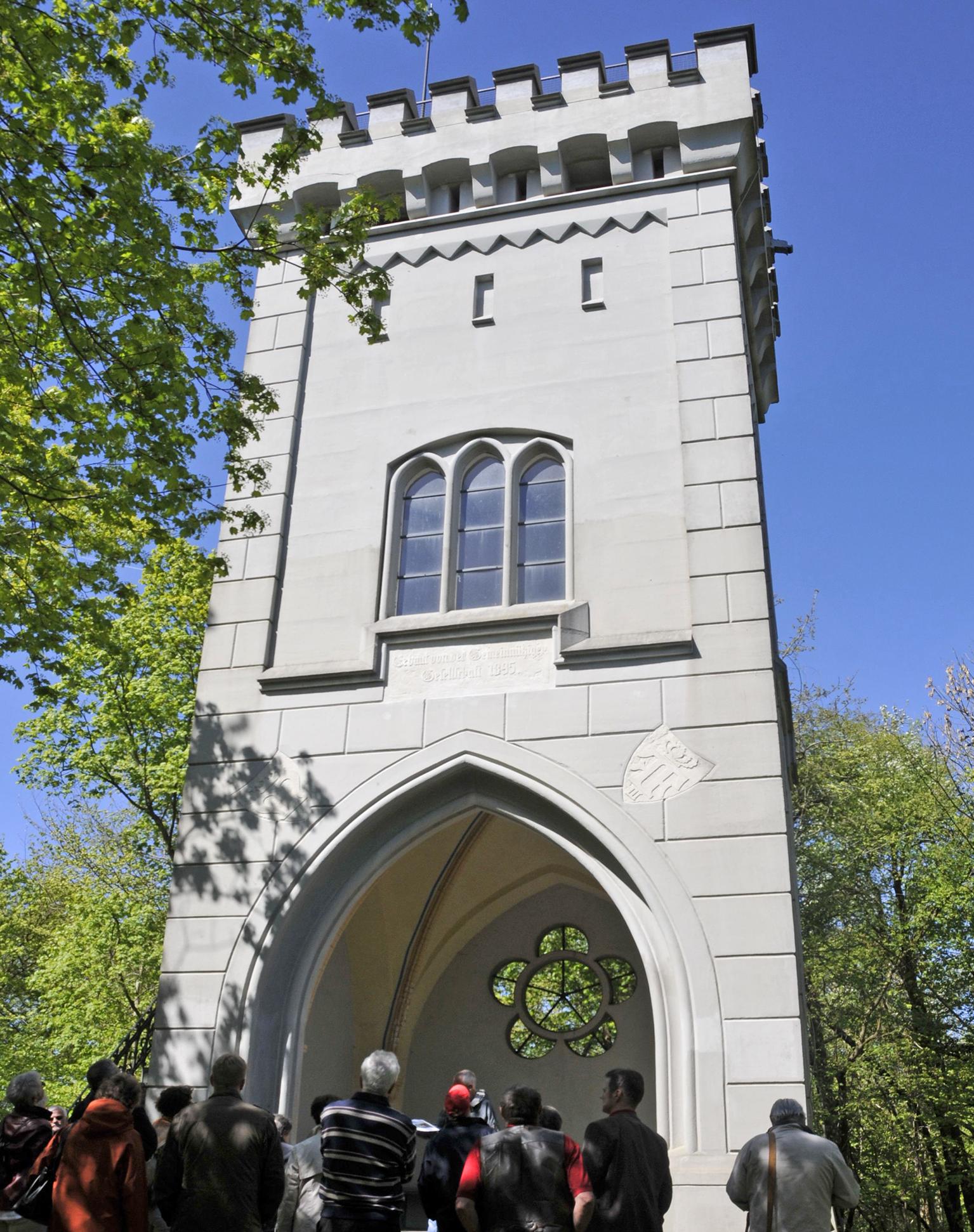 The island has an area of 0.37 km² and has belonged to the nature reserve of “Kaninchenwerder und Grosser Stein” (rabbit island and great stone) since 1935. It came into being together with another island, Ziegelwerder (brick island) about 20,000 years ago during the Vistulian glacial period. It has 269 species of plants, of which 18 are on the IUCN-Red List, and has been colonized by wild boar, foxes, deer, beech martens, mink and 66 species of birds and many species of bats.

The island has a long history of colonization. There have been finds of prehistoric tools and weapons from the Neolithic period: axes, chisels, drills, knives, whetstones and wedges and also lances, arrowheads and daggers. Also, a crouched burial suggests that the island was colonized very early. When, however, the water levels in the lake rose to their present height in the Bronze Age the settlers abandoned the island. It was not until 1500 that there was any evidence of re-colonization.

Between 1571 and 1831 the island’s trees were used to fire brick kilns and much of the woodland was cut down. Once the brick-making operations had ceased Kaninchenwerder was re-forested and the trees were used for woodland grazing up into the 19th century. It was used for agriculture until 1980.

In the mid-19th century Friedrich Franz II commissioned the Court Gardener Theodor Klett to remodel the island as a park and for agricultural vegetable garden use, an “ornamental farm”, to the plans of Peter Joseph Lenné. In the wake of this 60 non-native species of woody plant were planted. In May 1895 the viewing tower, which was financed by the citizens of Schwerin, came into use. Since the first half of the 19th century Kaninchenwerder has been a popular excursion destination for the people of Schwerin and the island can still be reached by ship and visited today.