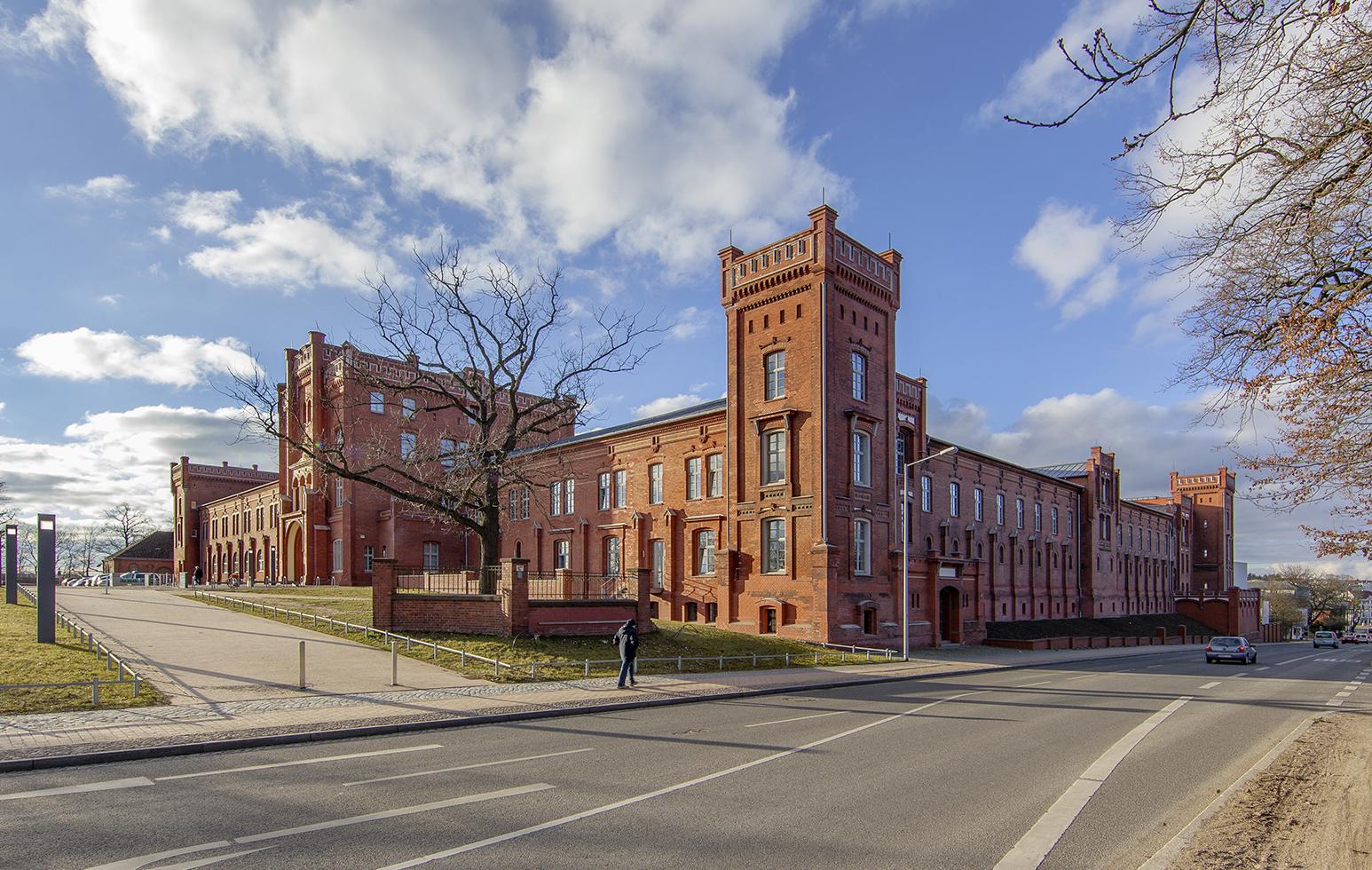 The Old Artillery Barracks were built to protect internal security after the revolution at the start of the second half of the 19th century. They were constructed on the Ostorfer Berg to the plans of the military architect Wachenhusen. In the case of popular uprisings cannons and artillery could have been brought direct to the Castle through the Schlossgarten. It was also possible to observe an important access road from the Berlin Gate to the Ostorfer Berg from this point.

This building, consisting of three large wings, is consciously designed in the shape of a fortress and is a focal point in the view across the Burgsee.

Today it houses the Finance Office and also rooms of the Provincial Archaeological Museum.