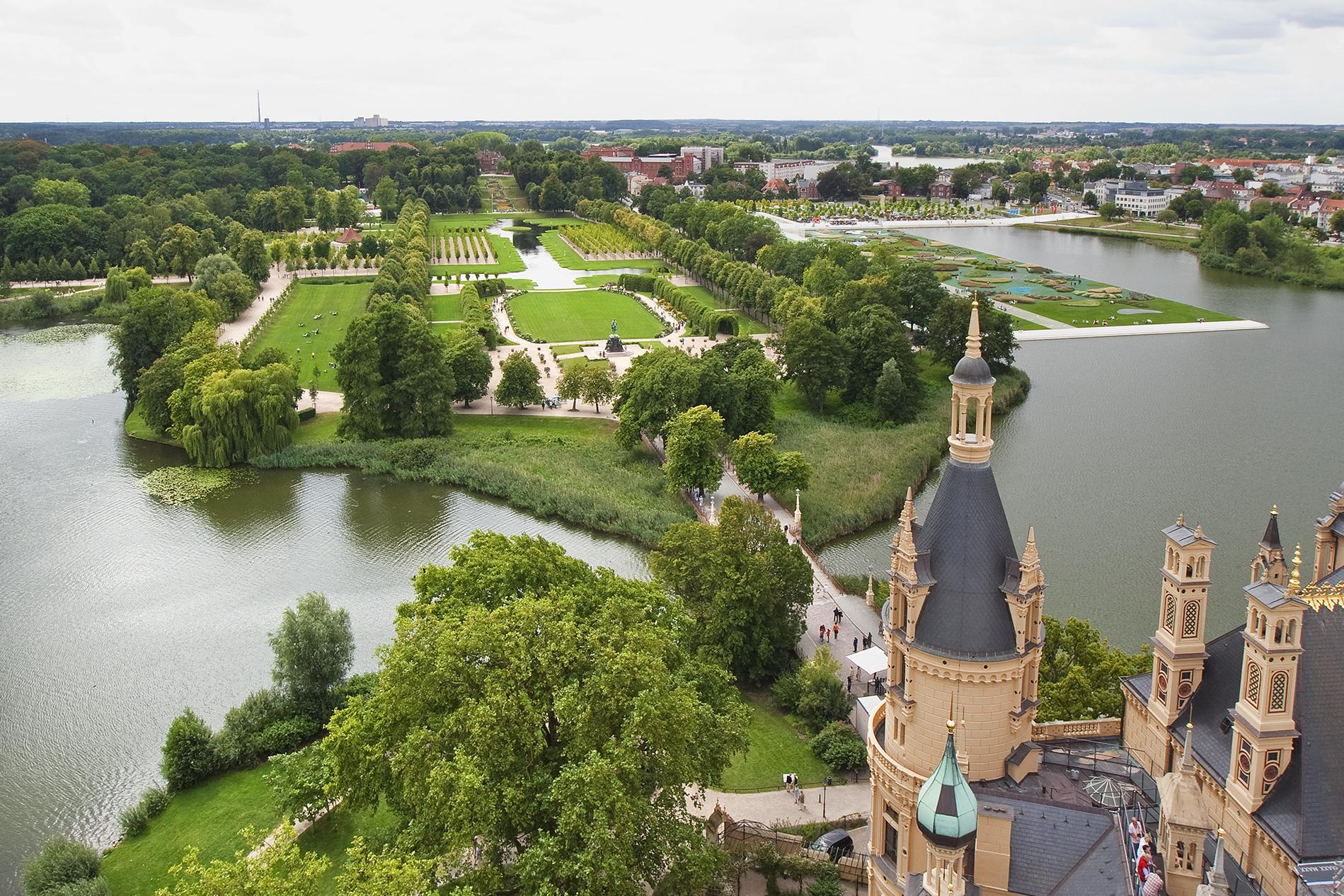 Today’s Schlossgarten is sited on former marshland. Damp wrecked the first Schlossgarten on this site, which was laid out in the French style; for the second, a drainage system was constructed in 1708, in the form of rectangular canals surrounding the garden, and these still exist. In the mid-18th century the French architect Jean Laurent Legeay embellished the Schlossgarten with the double-armed baroque Kreuzkanal and the sculptures from the workshop of Balthasar Permoser, which have today been replaced by copies. The first four sculptures near to the Castle are allegories of the seasons and the others represent gods of the ancient world. In the 19th century the Schlossgarten gained its present appearance. Its planner was the Prussian landscape architect Peter Joseph Lenné, and Theodor Klett shaped it with some independent alterations. Acting at variance with the plans, the Court Gardener filled in the pre-existing curved branches of the Kreuzkanal; on their sites he planted the now-famous pergola walks. The equestrian statue of Friedrich Franz II, which is turned towards the Castle, is by Ludwig Brunow and was erected in the Schlossgarten in 1893. For the Bundesgartenschau of 2009 – a biennial federal horticulture show in Germany – the Schlossgarten was restored according to the historic model and the modern “floating meadow” was added in the Burgsee..

1818 Carl Heinrich Wünsch
Built in 1818 as a classicist rotunda in the Chinoiserie-style, the pavilion was a destination for excursions, and not just for Court society. It still offers fine dining. Between 2008 and 2011 the pavilion was restored and remodelled.