Zur Übersicht
Zur Karte
The Palatial Castle with the Burggarten 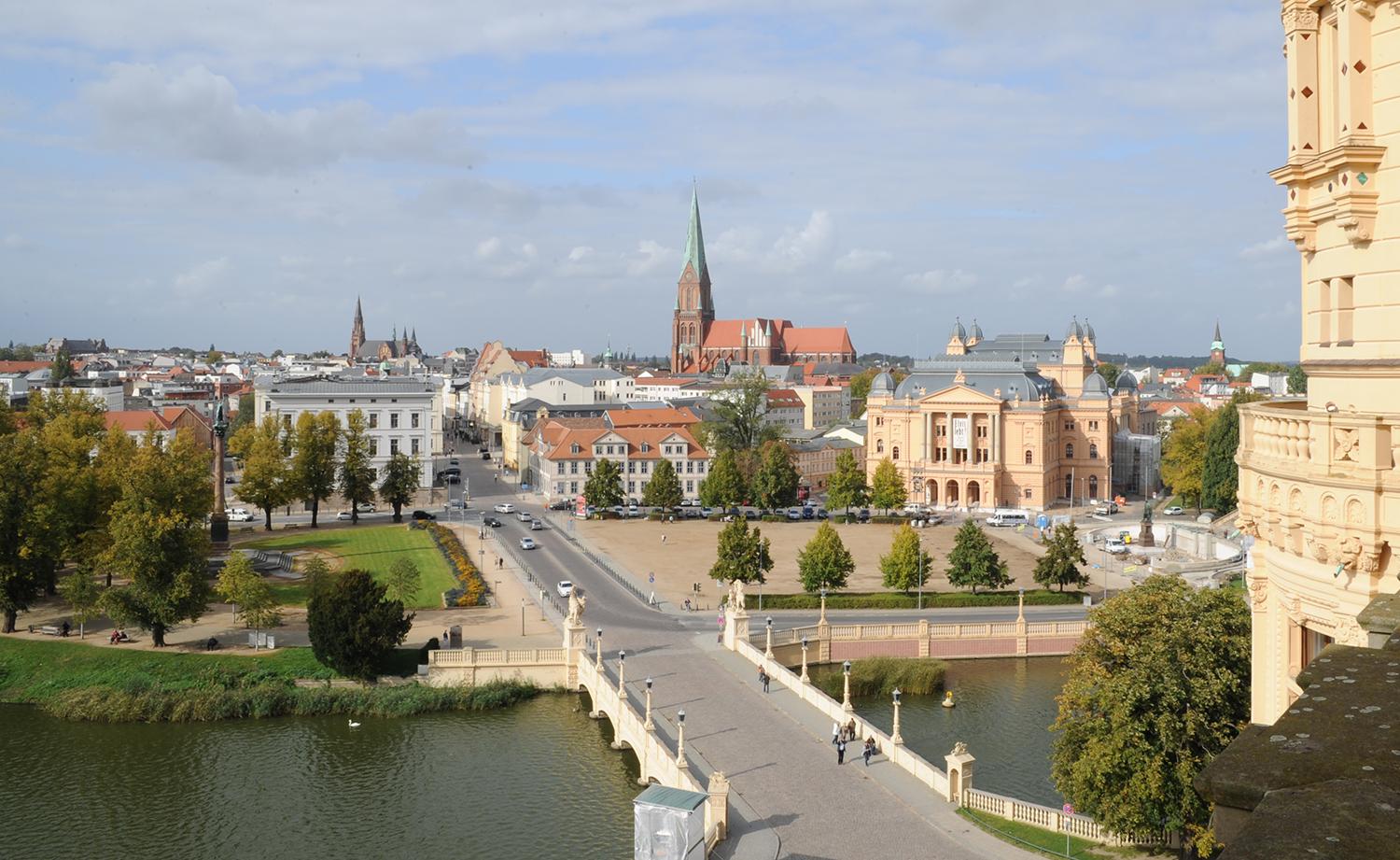 The Alter Garten was originally the site of the “Burgfreiheit” (castle precincts) between the Castle and the city fortifications; at the end of the 16th century it became a pleasure garden. Since the 19th century it has been used as festival and parade grounds.

As the central square of the city and the Grand Duchy it is fringed with important and imposing buildings: the Castle, the State Museum, the Mecklenburg State Theatre, the Old Palace and also the “Kollegiengebäude” (Government Council Building), today’s State Chancellery.

In the 19th century and the start of the 20th the Old Garden was the administrative and cultural centre of the Residence and Grand Duchy of Mecklenburg-Schwerin. It expressed the concept of the Forum of Antiquity, which was in its day the setting for State and social display.

The annual Castle Festival has been held here since 1993.

The Victory Column is a memorial to the triumph of Mecklenburg troops in the Franco-Prussian War (1870 - 71). At the top is the Megalopolis, an allegorical representation of Mecklenburg, a work by the sculptor Gustav Willgoh. Two French cannons once stood at the foot of the monument but these disappeared in the 1930s.

This memorial expresses the gratitude of the citizens of Schwerin to the deceased Grand Duke Paul Friedrich. In 1837 he moved the residence back from Ludwigslust to Schwerin after an absence of 81 years, thus giving a boost to the city’s economy. Many found a place at court or gained financially from supplying the court. When Paul Friedrich died only five years later and his son Friedrich II took over the reins of government, the memorial also represented a plea that his rule should be like his father’s, in close touch with the people.

In 1935 the statue of the Grand Duke was moved from the Old Garden to make way for political gatherings of the National Socialists, and was set up in front of the Burgsee wing of Schwerin Castle.

In July 2011 the restored monument was moved back to its old site.

Ekhof Square was named after Conrad Ekhof (1720-1778), the “Father of German Dramatic Art” in the 18th century. He founded the first academy of drama in Schwerin. The sculptor Hans Kies created the bronze bust erected here in 1961. In the 19th century the nobility used the square as a carriage approach to the theatre.