Schelf district church of St Nicolas with crypt and “Herrschaftsstand” 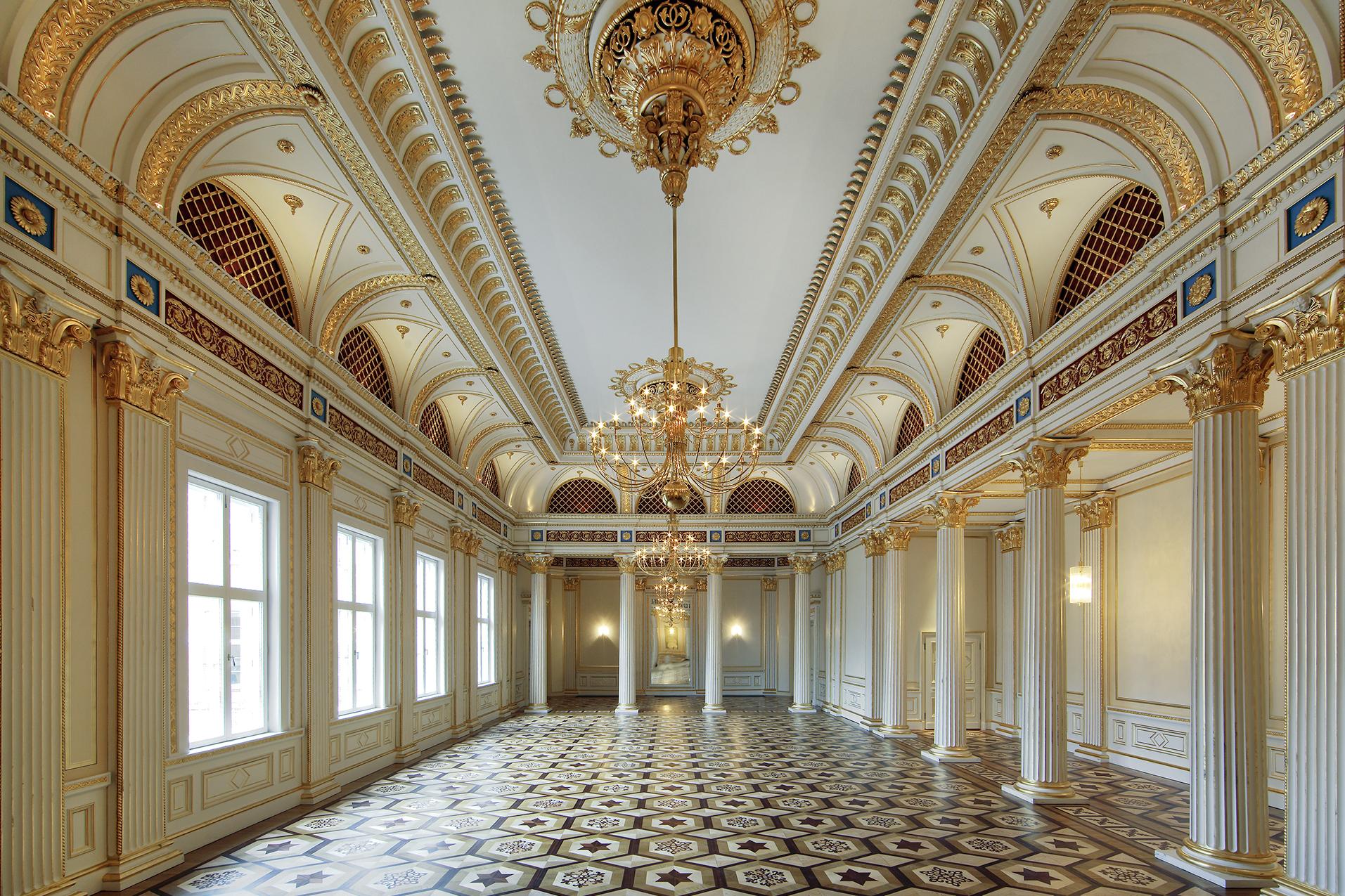 The Palace went through four construction phases during the time of princely rule. It was originally a Baroque-style building constructed to the designs of Johann Joachim Busch as a dower house for Charlotte Sophie, the sister-in-law of the reigning Duke. Georg Adolf Demmler added a ballroom, the “Golden Hall”, for Friedrich Franz II, who was using the building as an interim residence during the construction work on the Castle.

In 1878/79 the building was remodelled by Hermann Willebrand in French Renaissance style as the hereditary prince’s palace for Friedrich Franz III. It was also Willebrand who adapted the Palace in 1883 as a dower house for Grand Duchess Marie, the third wife of Friedrich Franz II.

The cast iron gilded staircase in the interior comes from the period of remodelling and is an exemplar of the advanced use of materials which were then very state-of-the-art.

The Ministry of Justice is now sited here.