St. Paul’s Church
with “Herrschaftsstand” (balcony seating for the nobility) 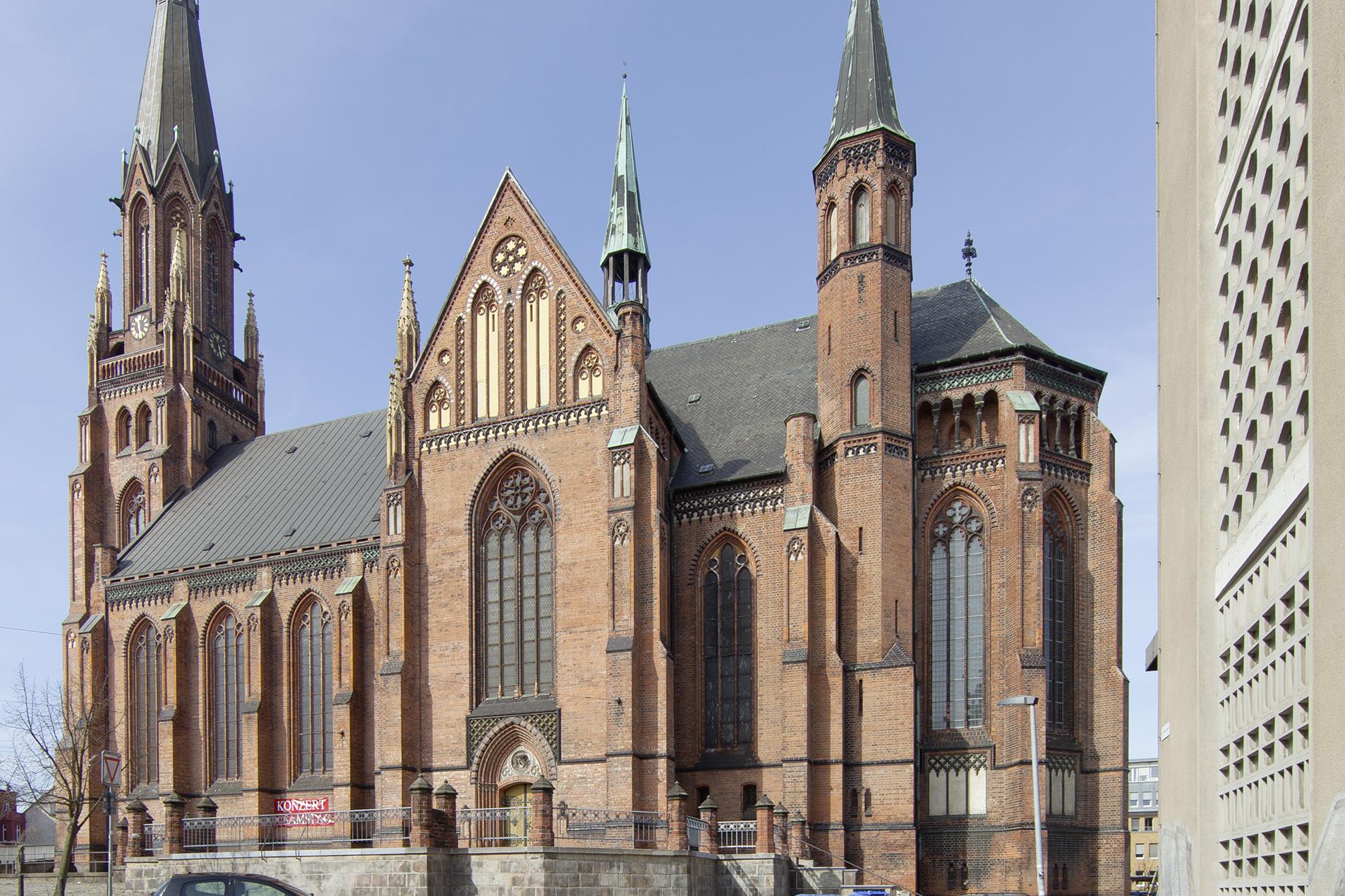 This Neo-Gothic prototype church was named in memory of Paul Friedrich, the father of the building’s patron. It was constructed between 1863 and 1869 to plans by Theodor Krüger.

The iconography of the choir windows was probably inspired by the theological outlook of Theodor Kliefoth, a priest who had a profound and lifelong influence on Friedrich Franz II, both as a tutor during his youth and also in later years. He was one of the most important North German Protestant theologians in his time and in Mecklenburg church history. This church stands in a direct sightline to the Castle’s main gate and the equestrian statue of Niklot.